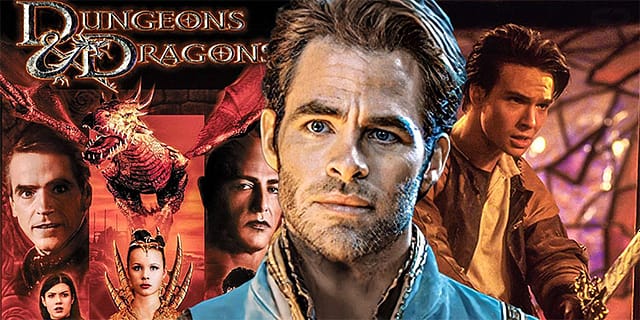 Since its inception, Dungeons and Dragons, or DnD as fans like to call it, has always dominated the tropes of mainstream media and popular culture. From inspiring most contemporary role-playing games (RPGs) to being streamed by Twitch and YouTube users, the billion-dollar tabletop game franchise has grown by leaps and bounds to the present-day behemoth that is loved by millions.

So, it came as no surprise when fans were elated about Paramount Pictures rebooting the DnD film franchise. The director duo of Goldstein and Daley was hired to spearhead the project with a slated release date of March 3, 2023.

What Is the Dungeons and Dragons Movie About?

Delayed thrice due to the Covid pandemic, the Dungeons and Dragons movie is set to revolutionize the fantasy-adventure genre with its over-the-top visual effects and groundbreaking storytelling.

Talking about the story, not much is known about the plot of DnD except that it is set in the fictional world of the tabletop game. The movie will take viewers through the adventures of an escaped thief and his barbarian companion played by Chris Pine and Michelle Rodriguez, respectively.

Rodriguez is Letty from the Fast and Furious franchise while we all know about Chris Pine, right? The Star Trek star is famous for his dedicated acting methods and has his own die-hard fanbase, known as the Pine Nuts, swooning over his good looks. The Golden Globe Award winner, Hugh Grant, is set to play the antagonist.

So, as you can see, the Dungeons and Dragons movie is not at all short of a star-studded cast. These actors will be delivering an adventure-filled performance in the backdrop of Irish fields and mountains. While fantasy movies primarily take advantage of CGI and props for storytelling, let’s not forget about the stunt-filled action sequences that will truly be bringing this epic world to life.

The Stunts Behind Dungeons and Dragons

As you must be aware, most film and televisions projects hire stunt coordinators to choreograph and perform the stunts in the production. From budgeting the stunt scenes to performing them, a team of stunt performers keeps the cast safe and ensures that every action scene, no matter how dangerous, is performed with the utmost safety and realism.

Paramount has hired the legendary stunt coordinator, Pete Miles, who will be working closely with members of our very own team of Total Stunts in providing the stunts for the film. If you don’t know who Pete Miles is, well, he is the guy behind the action scenes of Hobbs & Shaw and Quantum Solace of the James Bond series.

So, whether it is the gunfight scenes featuring Mr. Bond or the epic car chase scenes that have become synonymous with the Fast & Furious franchise, Pete Miles has choreographed it all and he is here to bring realism to the Dungeons and Dragons movie.

Working alongside Miles has been nothing short of inspirational for our team. If you don’t know what Total Stunts is, well, we are a team of dedicated stunt performers based in Dublin, Ireland.

If you are looking to book stunt performers in Dublin, you should look no further than Total Stunts. With more than 600 combined credits to our name, Total Stunts is the longest established stunt team in Ireland and boasts stunt performers that are the best in their craft.

Joe Condren, our stunt co-ordinator, takes great pride in the rigorous selection process that he has crafted to ensure that our clients get only the safest and most realistic stunt sequences. Another thing that Condren takes great pride in is the Word Taurus Stunt Award that he and his brother Patrick Condren were nominated for choreographing the legendary bus flip scene in the movie, Intermission.

Booking stunt performers in Belfast can be rather cumbersome, and not to mention expensive. Total Stunts throws these problems out of the park by providing you with a one-stop shop for all your stunt-related needs.

From stunt rigging to getting you the props for your action sequences, feel free to leave the leg work to us. We have partnered with some of the best affiliate firms to help make your penned action sequences into a reality. Some of our most valued affiliates include Total Armoury, Equine Stunts, Media entertainment and Seals Media Dive Team.

No script is too ambitious and no action scene, too overwhelming, when you have booked our stunt performers in Ireland. Are you looking to recreate medieval battles with trained horses? Maybe your script takes your cast underwater? Or, maybe, you are looking for someone to choreograph adrenaline-filled car chase scene?

Well, it would be our honor to turn your action script into a safe and realistic sequence. This script could become the next Dungeons and Dragons movie that has got everyone excited. Get in touch with Total Stunts or submit a casting brief to book a team of professional stunt performers now! 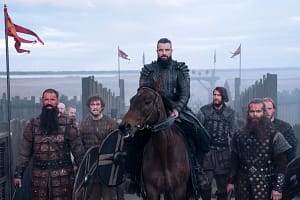 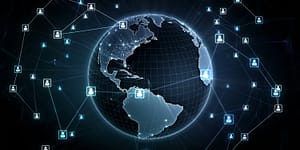